I have only missed church I think 3 Sundays this year and have been to about 6 different churches. I have been to Sunday School at 2 churches and I really wasn't impressed with either really, but that is not surprising since I rarely am. I think that I have my church search down to 2 different churches, but I still want to visit at least 2 more churches. I really like a particular church that is not part of a denomination that I might normally be a part of. It is tough to think about leaving a denomination even though you have thought about it for a long time. It is tough to think about leaving connections behind and going forward to new ones. There are certain fears involved. Will I ever be welcome back at an SBC church? That is really ridiculous, but yes that is a fear. Will the new church accept me? Will my differences in belief stand out? Really, I have unique beliefs from the standard SBC thoughts, so really nothing should be new. I guess that I am afraid of the unknown changes that will result from the move.
Posted by Emmitt at 8/31/2007 03:58:00 AM 2 comments: 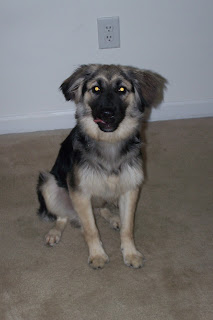 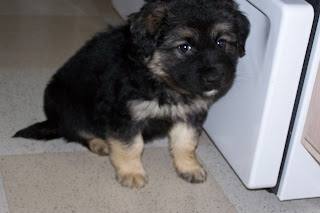 I had a motorcycle wreck yesterday. I just got my motorcycle back from the shop and was really excited about riding again after about a month and a half hiatus. I got new tires and I wasn't quite used to riding. I took a turn to quickly when leaving the interstate and I wasn't able to slow down quick enough. I slide in the grass. I have some very nice road rash on my left arm. My helmet is all scratched up, but I didn't hurt my head at all.

I recently tried to play a practical joke on someone. Well to make a long story short, instead of everyone having a good laugh, they got really mad. I didn't intend to hurt anyone's feelings, and I didn't think that anyone would take me seriously, but it happened. This is the second time in less than a month that I have made people upset while trying to make them laugh. I feel pretty stupid and even stupider because I'm still trying to figure out why it wasn't funny; at least a little. Oh well, I am used to apologizing.
Posted by Emmitt at 6/02/2007 10:20:00 PM No comments:

Well day three wasn't much of a vacation day. I did laundry and went to work in the afternoon. Day four was better. I went to Radnor Lake again and walked a trail I had not walked yet. I went to the doctor and got my finger worked on; for some reason it had swollen up pretty good. In the afternoon, I got cable. I am now sort of reconnected to society. In the early evening, I went to Lipscomb University and heard the Vocal Jazz Group sing and Jazz band play. They were pretty good with a few bobbles, but that's Jazz. I think the director there must really like fusion.

I think that over the past few days, I have noticed a couple of changes in my general behavior. 1. I don't really listen to Npr anymore. That is a big deal, since I am officially an Npr addict. Music is much more appealing to me lately. I have music degrees so you would think that would be the case anyway. 2. I don't like being alone. I have some pretty solitary hobbies like music and riding a motorcycle. I am actively attempting to do things alone that I want to do and I realize how much of my life has been spent not doing things, because there wasn't someone that wanted to do them too.

I keep thinking about church Sunday. They played a video of Bono talking about his faith and the role of the church in social/justice ministries. There are times, many times when I wish that I had chosen a more lucrative career, but I don't know that they would be as satisfying as my current job. I wonder if I took a higher paying job doing an amoral activity, would I be longing to feel like I was doing something of eternal value.
Posted by Emmitt at 4/19/2007 10:47:00 PM No comments:

I went to Radnor Lake, but this time I took my dog with me. I wasn't sure that he would be able to walk that far because of his age, but I figured that I could carry him some of the way. It was an absolutelyy beautiful morning.

In the afternoon, I went to the eye doctor. There is nothing amazing about that except that instead of measuring the pressure in my eye with puffs of air, he put drops in my eyes and touched the front of my eyes with a probe. It was pretty darn freaky. The drops made my eyes and the muscles around my eyes numb.

In the evening, I went downtown to hear Emmanuel Ax and Edgar Meyer. It was pretty awesome. I was in the front row right. Edgar Meyer grunts alot alot when he is playing bass. Just an observation. I don't know that the audience fully appreciated the music that they heard. First I have to say, I hate classical radio, because all they play is crap, and to be able to hear something other than Mozart sleepytime music is an amazing reminder that classical is still cool no matter what 200 hundred old musty crap they put on the radio. I almost wanted to just turn around and lead the audience in clapping or the wave or something just to get them to clap louder. Don't you know that the cool stuff comes in the encores!, but alas I had restraint and only clapped louder and longer than most.
Posted by Emmitt at 4/18/2007 07:53:00 AM 1 comment:

I woke up, took care of my dog, saw my therapist, ate lunch, rode my motorcycle to Radnor Lake, walked around, rode home, met people for dinner, watched Borat, and went home.
Posted by Emmitt at 4/16/2007 09:21:00 PM No comments:

I have been visiting this church for the past few months. I originally intended to visit several churches, but when I first visited the church, I had such a wonderful time of just being with God in the service. It was something that I had longed for for several years. The pastor preaches in a way that meets my standards for intellectual stimulation. The music is pretty good. The theological leanings of the church match my thoughts. I first started going there hoping and expecting that I would know no one there, but it seems like there is no place to hide and I don't care because everything is so good. The only negative thing that I have found is that while there are a few friendly people, most are pretty unfriendly. I am not talking not be particularly friendly; I'm talking like pretending you don't exist.

I miss my old church quite a bit. There, for the most part, everyone was friendly. The church while perhaps not as satisfying in some areas, always made me feel welcome from the first day. (I am no longer attending that church for reasons that have nothing to do with the church.) At the church where I am attending, I actually had someone who already knew me say, "If I had recognized you, I would have shook your hand." To my knowledge there is not a church that has classes teaching people how to make new people feel more comfortable, but there should be one.
Posted by Emmitt at 4/16/2007 02:43:00 AM No comments: